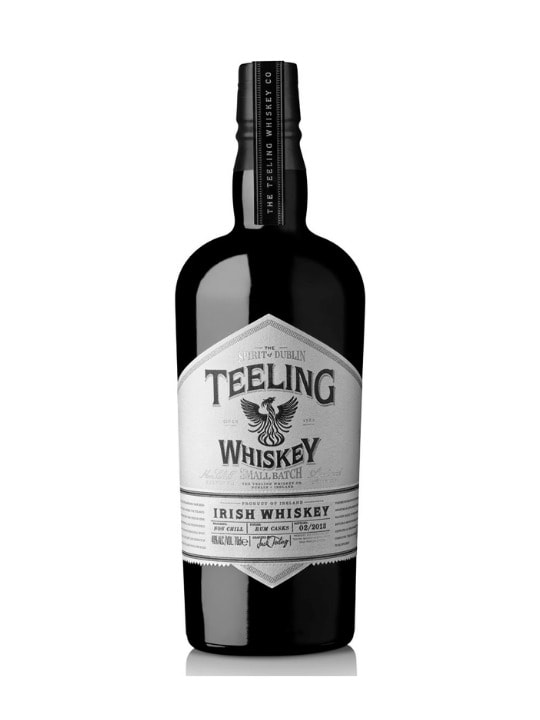 held in London with the results announced on the 1st of August. Teeling Whiskey scooped the top honours, receiving 9 medals in total, including 7 Gold across their core range of Irish Whiskeys as well as the overall Masters Title for the Teeling Small Batch Irish Whiskey. More information here.

Ireland’s reputation for whisky making is celebrated around the world. Comprising just a handful of distilleries in 2010, the category expanded vastly over the past decade to reach 32 operational sites by December 2019.

Because of the ongoing Covid-19 pandemic, this year’s tasting took place from the safety of each judge’s London home in July. The liquids were decanted into clear containers to guarantee total anonymity throughout the blind tasting. The first Master of the competition was chosen : Teeling Small Batch. “It was the palate that did it for me, the fuller mouthfeel, redcurrants, peaches,” explained the Whisky Master . “But I also got real levels of complexity, freshness of those berries and rich fruits, and chocolate and baking spice. There’s some subtlety as well, and floral notes underneath coming through.”

As the competition moved from blends to single grain whiskey, Teeling Single Grain took home a Gold in the standard flight with its “classic grain characteristics” of “caramel, biscuits and some raisins”. Teeling also secured two Gold medals in the Single Malt – Standard heat, one for Teeling Blackpitts Peated Single Malt, which “integrated the smoke and sweetness beautifully”, and a second for Teeling Single Malt, with a “touch of plum” on the nose and “sweetness, pepper and spice on the palate”.

The competition then tackled a style of whiskey exclusive to Ireland: single pot still. Teeling continued to add to its medal haul, securing a Gold for Teeling Single Pot Still. “This was a very young, fresh whiskey, and a good example of single pot still,” said the Master tasters. “Everything was very clean, it showed the right level of sweetness, the right level of spice. It was an uncomplicated whiskey that did all the right things.”

This latest batch of honours builds on the international reputation Teeling Whiskey earned since its formation in 2012 and brings the total to over 275 International Awards for their Irish Whiskeys. These accolades include the prestige honour of the “World’s Best Single Malt” which they received at the World Whiskies Awards in 2019 :

Forbes noted that, for the very first time in the history of the World Whiskies Awards, the World’s Best Single Malt Award was handed to a whiskey made in Ireland. Released by one of Ireland’s most well-known independent whiskey companies, the Teeling 24-Year-Old Vintage Reserve launched alongside the Teeling 33-Year-Old which is said to be the oldest and rarest Irish whiskey ever released. The 24-Year-Old was distilled in 1991 and matured in bourbon and wine casks with only 5,000 bottles ever released, hand-bottled in gorgeous decanters.
We have the even more exclusive 26 year old available in Haz-Zebbug and online here.

This award is huge for the Irish whiskey industry, which has already been on the rise in recent years. Topping, perhaps, the most renowned whisky category in the world and winning over Scotch, Japanese, and other world whiskies is a truly remarkable feat but not surprising given the quality of the expression. Here’s to the rise of Irish whiskey!

Nikka picked up the World’s Best Blended Malt. The Best Scotch Speyside Single Malt went to BenRiach (“Really inviting. The palate is soft. Everything is in harmony.”) and Best Scotch Highlands Single Malt was awarded to Glenmorangie.

Jack Teeling, Founder and Managing Director of Teeling Whiskey commented, “We are extremely proud to have won over 275 International Awards for our whiskeys. To be recognised by the most knowledgeable whiskey connoisseurs in the world as a producer of the world’s best Irish whiskeys justifies all the time and effort we continually put in to crafting every bottle of Teeling Whiskey.”

Teeling Small Batch Irish Whiskey is the distillery’s flagship bottling and was first released back in February 2013. Consisting of hand-selected casks of ex-bourbon, cask matured Grain and Malt whiskey that have been selected for their quality, this whiskey is then blended and further matured in ex-Rum barrels for on average 12 months to impart an extra layer of character. This whiskey is bottled in Small Batches at 46% with no chill filtration completing its award winning flavour.

Teeling Irish Whiskey is distributed throughout Malta and Gozo, and is also available online here and in our 3 physical shops.

The same Irish Whiskey masters continued with the premium end of the single malt contingent producing a solid run of five Golds, topped off with two Silvers. Among the Gold recipients was Tullamore Dew 18 Years Old, hailed for its “lovely maltiness” on the nose and “soft fruit, some orange peel” on the palate.

In the Single Pot Still – Premium section, five Gold medals were awarded in a round that turned out to be extremely consistent. Redbreast 12 Years Old scooped a Gold for its “rum and raisin ice cream” aroma and “cereal notes” on the palate and Redbreast Lustau also took home a Gold for its “rich and fruity” palate.