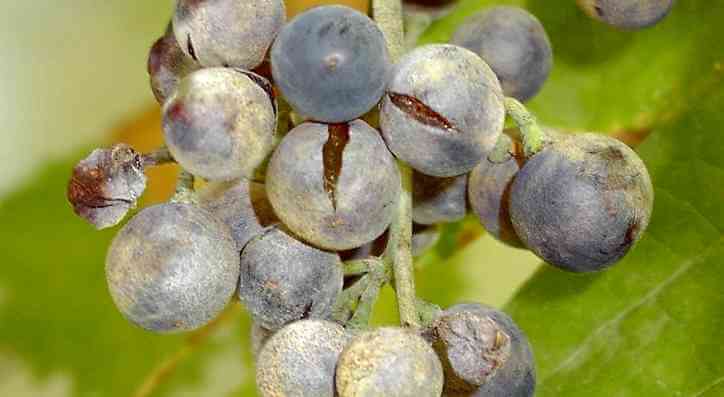 The Champagne houses are unlikely to think much of the last few years. If the loss of sales due to Covid, it is Vladimir Putin and Shampanskoye and if not that it is the weather (which some attribute to climate change). Heavy rains and subsequent mildew infestations are threatening Champagne harvests in France. Vinters are now dipping into reserves to make it through the year.

The rain gauges have been overflowing in the Champagne vineyards in the month of July and that is bad news for this champagne vintage. This corner of France has seen 300 mm of rain over the past two months, 10 times what one would normally expect at this time of year. “The grape vines now need sunlight, they need to be dry,” said one producer. Another said that the way the climate is going it is playing havoc with the established order of things in the vineyards of the Champagne region, where he now harvests in August rather than in October. “The earth is so wet that it is even impossible to enter the rows of vines to work the soil and the leaves” added another.

Excess rain causes mildew to develop, a fungus that grows on the leaves and on the grapes, and this fungus affects the quantity of grapes. In the worst case mildew splits open the grapes. Mildew is thought to be native to the Americas.

Frost during the spring meant 30% of the harvest was lost and the mildew is costing another 20% to 25%. “We’ve lost more than half of the harvest in a few weeks,” said Toubart, who is Deputy Chairman of the Champagne industry lobby CIVC. “It’s terrible, we got too much rain just at a time when we needed hot and dry weather,” added Toubart, a producer himself. Fungus attacks lead the grapes and the leaves to dry up. In some places the whole parcel has been ravaged. The main method of attacking mildew is to spray fungicides, and almost all champagne growers were using traditional, copper, based ones, and/or milk. These have the disadvantage of being washed off after each rain, but are very efficient, where the mildew quickly adapts to some of the more modern synthetic fungicides, which can persist through a rainfall.

The last large mildew outbreak in champagne was in 2012, but there was a smaller one in 2016. Hardest hit regions include the Marne valley and some sectors of the Aube valley, where the high humidity has been coupled with hot conditions – perfect for the fungus to flourish. It is too early to say what the quality of the 2021 harvest will be but it is unlikely to be affected by the mildew attacks, which hit quantity rather than quality. In 2016, the quality of the vintage was exceptional, in spite of the mildew that year.

Meteo France said Champagne had the second wettest June-July period since records began in the 1960s. Torrential rain hit western Europe in mid-July, causing deadly floods in Germany and Belgium and raising concern about damage to a range of farm products.

The Pinot Meuniers and Pinot Noir were by far the most badly affected varietal, while the Chardonnay grapes have been largely spared. Everything depends on the weather forecast in August till mid-September. Toubart said this week that reserves from earlier vintages meant there should be no impact on supplies of champagne to the market. Champagne is most often a mixture of several vintages. Winegrowers can keep a reserve of past years’ output that can be used when there is a drop in output or extra demand that had not been anticipated. “Clients will find their bottles of champagne and there will be no spike in prices,” Toubart concluded.

Champagne industry leaders have set a maximum yield for the 2021 harvest at the more normal level of 10,000kg per hectare, up significantly compared to 2020 of 7,600kg per hectare. This comes after a a ‘dramatic rebound’ in global demand for Champagne. Champagne shipments in the first half of this year hit record highs as merchants and restaurants sought to replenish cellars, said the Comité Champagne last week, up by 50% versus the first half of 2020, when demand sank to ‘historic lows’ following the start of the Covid pandemic.