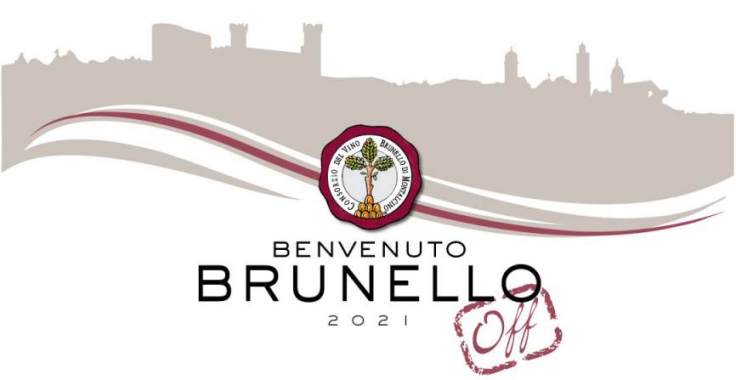 In his book Tuscany and Its Wines, the eminent British writer Hugh Johnson described Brunello di Montalcino as Tuscany’s biggest and boldest wine, adding that “In the lest years of the 20th century Brunello di Montalcino; formed, one might say, its own category of Supertuscan.” In Brunello di Montalcino, Sangiovese stands on its own, without the help of any other variety such as found in other Tuscan reds. In fact, Brunello is probably the only Tuscan Sangiovese-based red wine that is not blended with another grape.

Besides being the popular marketing name for the wine, Brunello is also the local name for Sangiovese in the Commune of Montalcino. The DOCG wine is vinified in stainless steel tanks, including 18 days of maceration on the skins, then aged for a total of four years, two of which are obligatory in oak casks, though many Brunello producers exceed the ageing minimums.

Benvenuto Brunello that will surely remain in memory. Not only for the pairing of two excellent vintages (2015 and 2016, both rated 5* by the Consortium) which respectively expressed a Brunello Riserva and a vintage Brunello, of great depth and elegance as has not happened for some time, but also because, thanks to the tenacity of the Consortium and the municipal administration, the event was able to take place in-person and safely.
This year only trade is being allowed in, in multiple sessions spanning the whole of March. 25 people for each tasting, with no producers allowed and only sommeliers serving. It goes without saying that only persons in Italy at the time are being allowed in; with various rules, such as a negative test 24 hours before and no leaving and coming back. More information at https://www.consorziobrunellodimontalcino.it/en/1920/benvenuto-brunello-off-2021.

2016 is essentially a year of earth and blood. Balsamic (great notes of aromatic herbs), fruit but also touches of tickling spices (fresh tobacco, juniper, bloodiness) and memories of noble mushrooms (truffles above all) are found in almost all the samples tasted. In addition, they are infinite wines in the mouth that do not stop echoing even after some time from the sip. The rains, after a poorly rainy December, were distributed regularly until the beginning of spring. Flowering and fruit set took place in conditions that did not create particular issues from a phytopathological point of view. The central rains of July created the typical conditions for a great vintage, providing an adequate water resource to balance the high temperatures of July and August. The temperatures in this month recorded an important temperature range, with a max 26°-28°C, with peaks of 32°C during the day and minimum 15°-16°C at night, in some cases even 12°C. The maturation was therefore long, of great importance both for the aromas and for the quality of the tannins, creating the conditions for a great vintage. In September, the first harvesting operations were recorded around the middle of the month, in the south-west area. The closure of the harvest operations coincided with the middle of the month, benefiting from long, dry and well-ventilated periods. The wine has characteristic aromas of fresh red fruit. In the mouth a great tannic structure and excellent acidity; and also excellent and long aromatic persistence both on the nose and in the mouth, with marked elegance.

In 2015, the season began with a scarcely rainy winter and continued with substantially average temperatures and low rainfall, which brought the plants in excellent vegetative balance until summer, without the occurrence of any critical issues from a phytosanitary point of view. In July, the rise in average temperatures brought forward the veraison phase, but the situation was re-established with the rains at the end of the month, and then moved on to an August characterised by excellent temperature fluctuations between night and day. Finally, September and October brought limited rainfall and good ventilation which favoured the last stages of ripening of the bunches up to harvest. From the harvest we have obtained wines with notes of ripe fruit and soft, balanced tannins, with excellent structure and long persistence.

The 2015 reserves some more fluctuating differences, especially in terms of extraction and concentration. A particularly hot vintage gave the wines its reverberation of hyper-ripening. However, many still have an acidity that, as in 2016, will certainly lead them to be excellent even in several years. The same goes for the tannins, except for some very rare cases in which they perhaps still need to settle a little bit, they prove to be not only tame but absolutely gentle and soft.

What most reports have noticed is the particular brand being Brunello and not one producer sticking out. As many noted one can prefer one producer over another, another year over the previous one; but we are always talking about exceptional wines nonetheless.